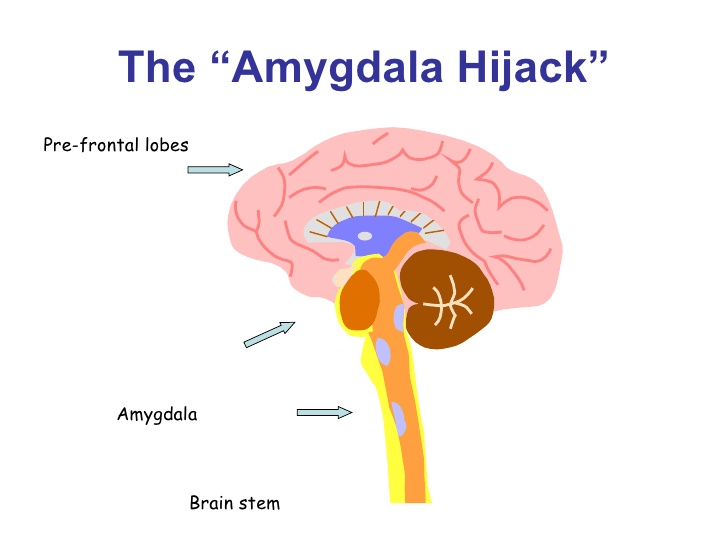 Some of the most charming students I knew sat in my prison classrooms and in middle school detentions. They were the kind of people who smiled when they saw you, told good jokes, livened a conversation, and never had an empty spot beside them in the cafeteria. When they were in their right minds, that is.

What got them into trouble was what Daniel Goleman, author of Emotional Intelligence, calls an amygdala hijack. I explained this to Cory one day in the middle school hallway after he was calm enough to hear me.

“What just happened,” I told him, “is that your amygdala took over your brain.”

This caught his attention, sounding like the science fiction he read, so I went on.

“The amygdala is the part of the brain that handles your emotions. What your amygdala did back there in the classroom when John took your seat was shut down the thinking part of your brain.”

I paused, and he looked up.

“The neo-cortex,” I added, just in case he wanted to know.

“Your amygdala was screaming, ‘Is John going to get me or am I going to get him?’ And in that millisecond, without thinking, you reacted to what seemed like a threat.”

But Cory was thinking now, I could see, his neo-cortex back in action.

Cory was listening, so I told him about a way to train his brain, to help the neo-cortex inhibit the amygdala.

“You’ve got to slow your reaction,” I said, “to give your thinking brain a chance.”

“Count it down,” I said, “and, by that time, John taking your seat won’t seem like such a big deal.”

This didn’t cure Cory’s outbursts, but it helped.