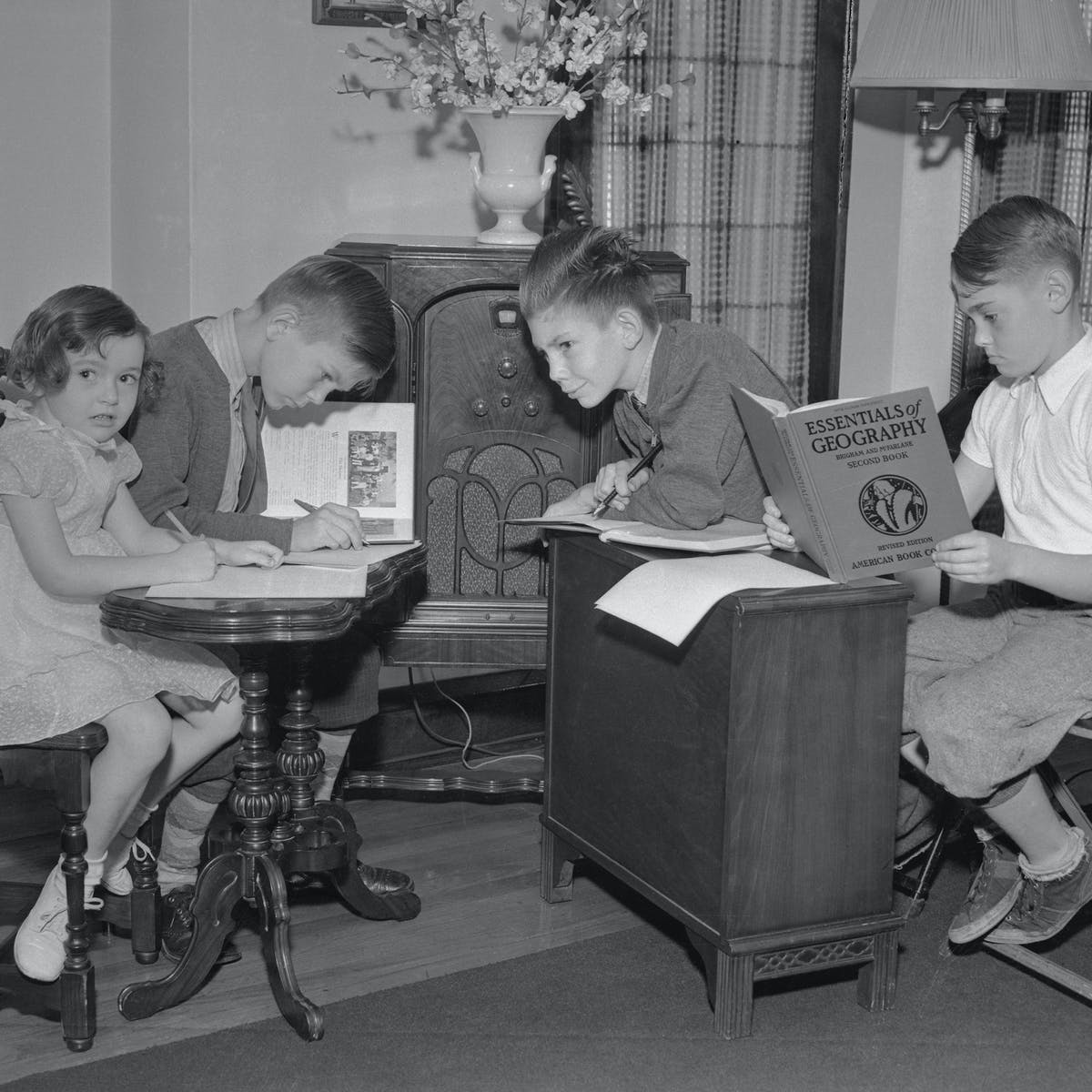 Most people would agree that the 2020-2021 school year has been like no other. And they’d be right. When schools opened this last fall, more than half of the students in the U.S. studied virtually, with only 25 percent attending in person every day. And all year, even those attending in-person have never known when they will, once again, go remote.

But the remote learning of this pandemic, though enormous in scope, isn’t new. So maybe Mark Twain got it right: History doesn’t repeat itself, but it often rhymes.

You can read about long-ago distance learning—reaching students by postcard and through the first correspondence school in the United States and by sending lessons to homes during whooping cough outbreak in 1906.

But perhaps the closest history has rhymed with Covid-19-Zoom teaching is the Radio School of 1937. Polio, a contagious, rapidly spreading virus, with no known cure or vaccine, was leaving thousands crippled or paralyzed or dead. And parents were keeping their children safe at home—away from pools and parks and schools.

Alarmed about losing instructional time, Chicago schools turned to technology. Radio was still new enough to be held with some suspicion. Would radio make people stop reading? Stop talking with each other? How would kids who grew up with radio be different than earlier generations?

But radio also brought wonder. At the flick of a wrist a person could listen to a symphony, a baseball game, a sermon, a President’s speech, and now . . .  a lesson sent right to the ears of homebound kids.

Teachers stepped up, creating lessons that were informative and entertaining. They hosted, for example, guest stars like British globetrotter Carveth Wells, who told students about his trips to India and Africa.

But the Radio School led to disparity. Some kids lived in homes with no radios, while other homes had three or four, one for each kid. Schedules and assignments were printed in the daily newspaper, which some kids never saw. And for some, the one-size-fits-all lessons didn’t fit.

Still, the Radio School made a difference. Though it lasted only weeks, not months, it helped reshape both radio and learning—opening ways for radios to come to school and for educational programs to play on radio.

And if Mark Twain is right about the rhyming, I’m hoping that this pandemic year, which took so much from us, will leave a gift or two behind.